The American comedian Steven Wright once said, “It does not make a difference what temperature a room is, it is always room temperature”.   Given the record-breaking temperatures of the past couple of weeks, many people might choose to disagree.

I still remember the day my parents installed the first window air conditioning unit in our bedroom.   I am not sure why they choose to put it in our bedroom, though cooling down two sweaty teenage boys sleeping in the same room may have been part of their thought process.

It was a small one, probably about 8,000 BTUs.   Back then, a kid would likely know what that meant.  It was called a “room unit”, designed to cool a single room.  The hallway doors were left open to try to lower the muggy Summer night stickiness in the other bedrooms, though the increased amount of snoring that could be heard meant you did not really get any more sleep.

Later, a big 25,000 BTU was installed in the den.   This was like getting a car with a big motor or having a boat with a big outboard engine.  It was top of the line, with a sound that could drown out the television.   We would come in from the outside and stand in front of that unit making sure it was on high speed.  It was heaven.

At the lake, we had a big attic fan that would pull the air from the outside through all the open windows throughout the house.  Once again, all the bedroom doors were left open so the air could circulate in the house.  The steady sound of the big fan competed with the sound of more snoring, a family trait that I personally know goes all the way back to my great-grandparents.

Cars in those days had a little triangular vent window in the front doors.  You could turn the air directly towards you, pushing a blast of hot air directly at you.  The faster you drove, the more air came rushing in.  Hot air, of course, but still an improvement on sitting still at the stoplight.

We have had three central units in our homes for the past 40 years.   My car and truck both provide individual settings for not just the driver and passengers, but for the back seat as well.   All the old attic fans are long gone, a fact I lament only on those Spring and Fall days when the temperature seems just perfect.

I often wonder if it is as hot as it seems, a trend getting worse with each passing year.  Perhaps we were just accustomed to it back then.  After working in the watermelon fields on hot Summer days and shelling peas under the shade of a tree, our young bodies could take the heat pretty well.   The fact that we were lean as a lizard might have had something to do with it as well.

The cool waters of Compass Lake helped in the Summer months.  You jumped in first thing in the morning and just before you went to bed.  Made it easier to sleep at night.  I still do that most days I am there, though the lake house has been air-conditioned now for over a generation.

Those of us in the Deep South still complain about the hot temperatures because that is what southerners do.  It is too hot.  Too cold.  Too wet.  Too dry.  We have been griping like this for a long, long time.

Pity those poor people who are having to endure the record-breaking temperatures in other parts of United States, not to mention Britain and Europe.  Many of those homes do not even have air-conditioning, much less a fan in every room.  They can talk about their lack of humidity all they want, but 100 degrees with no air-conditioning makes for a long and restless night no matter where you put your head down.

At this point, there is not much I can do but sympathize and commiserate with the rest of the country about the heat and the higher cost of our power bills.  As I turn the AC down and pull up the blanket at night, at least I can take comfort in the fact that I am still sleeping at room temperature. 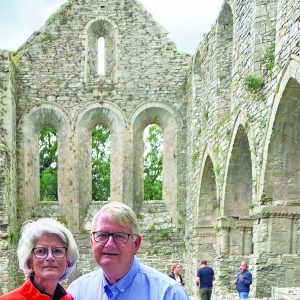 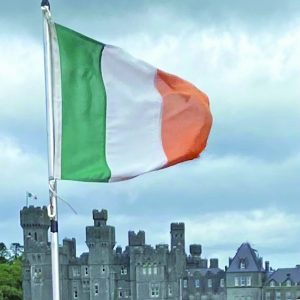 It is not over until it is over