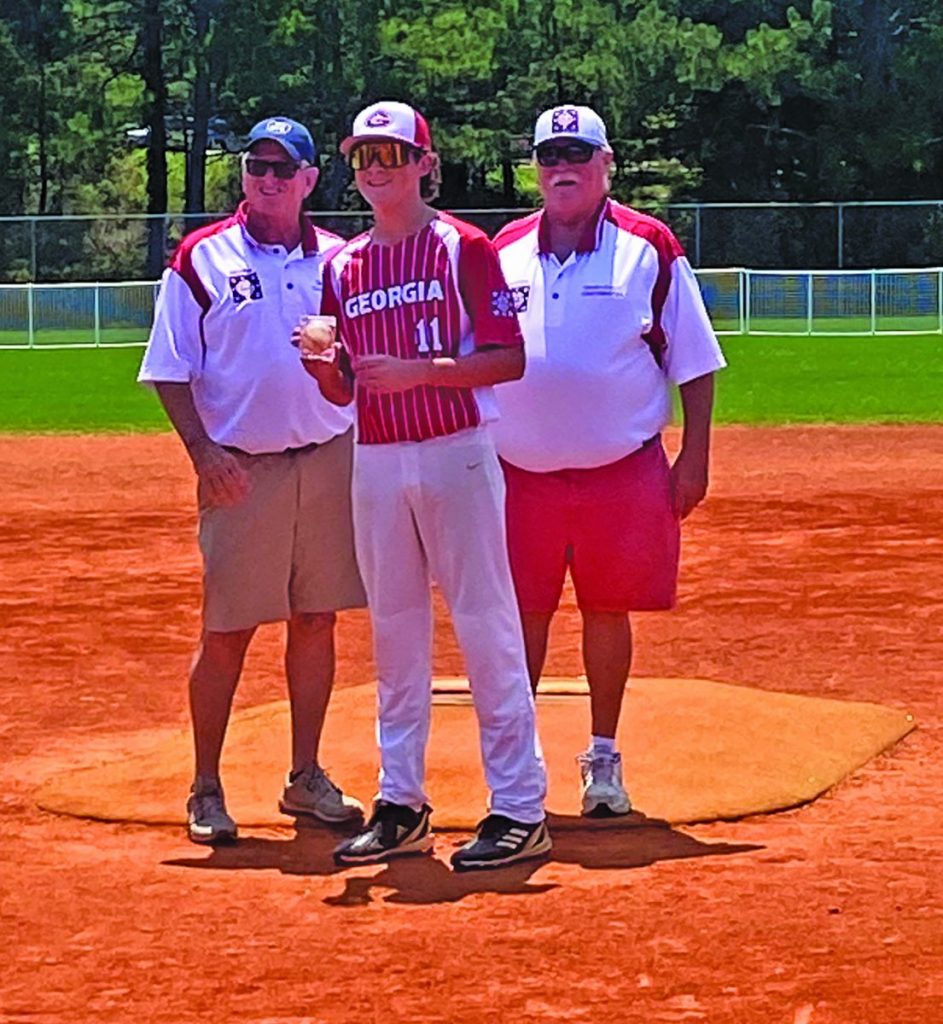 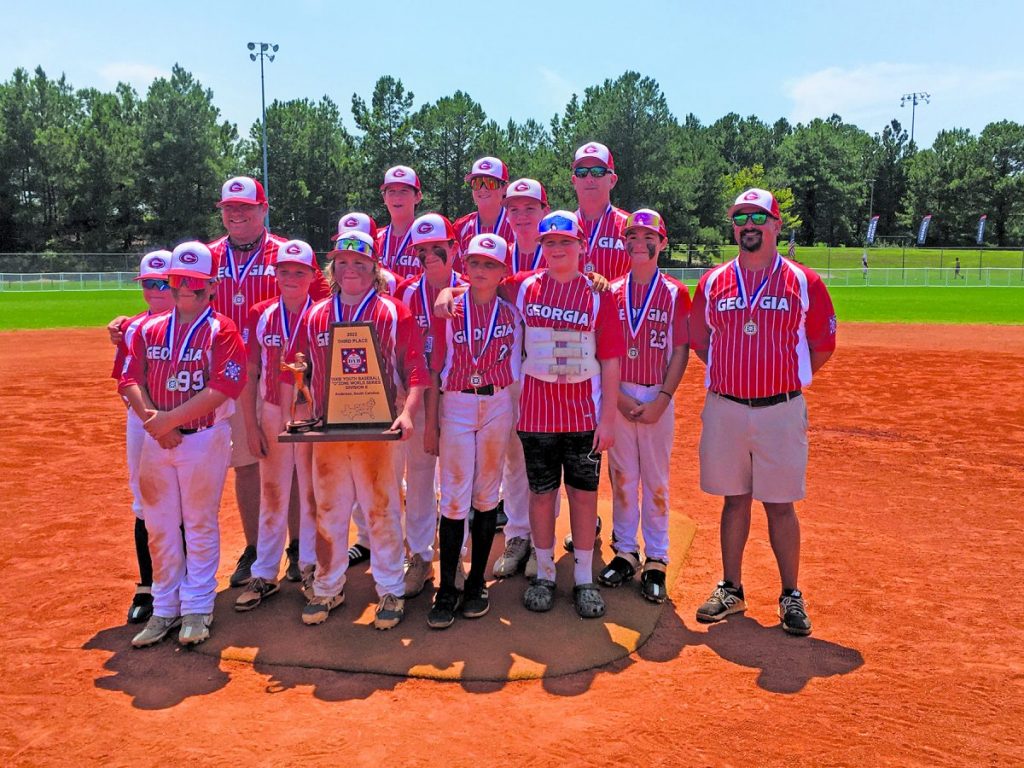 Pictured above right is Creek Durden who was presented the home run ball that he received from State Director David Gloyd and District VI Director, Billy Fain.

The team was traveling back home at presstime. A complete story and phots of the Indians’ World Series play will appear in next week’s edition of the Donalsonville News.