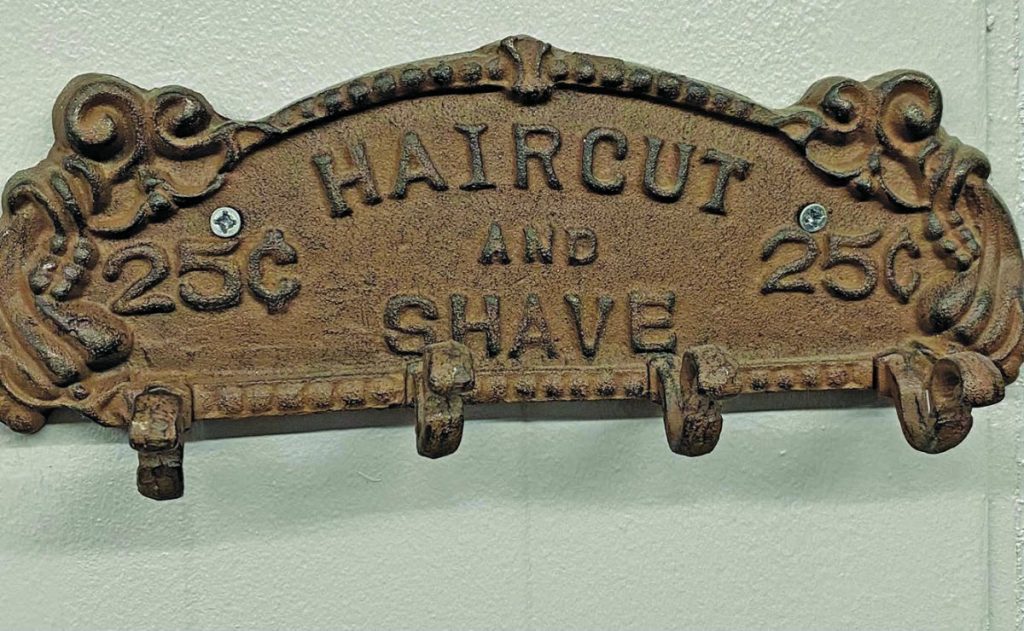 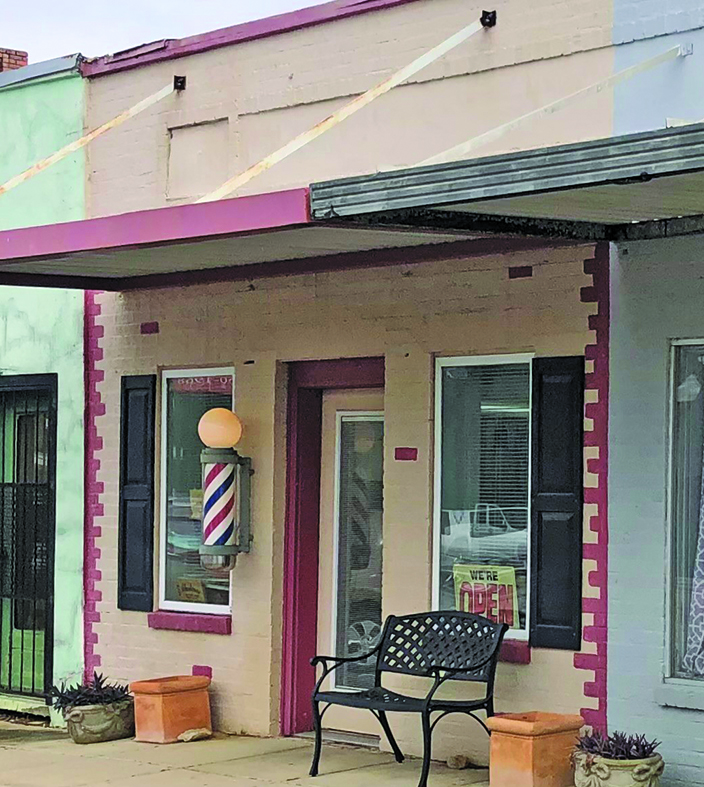 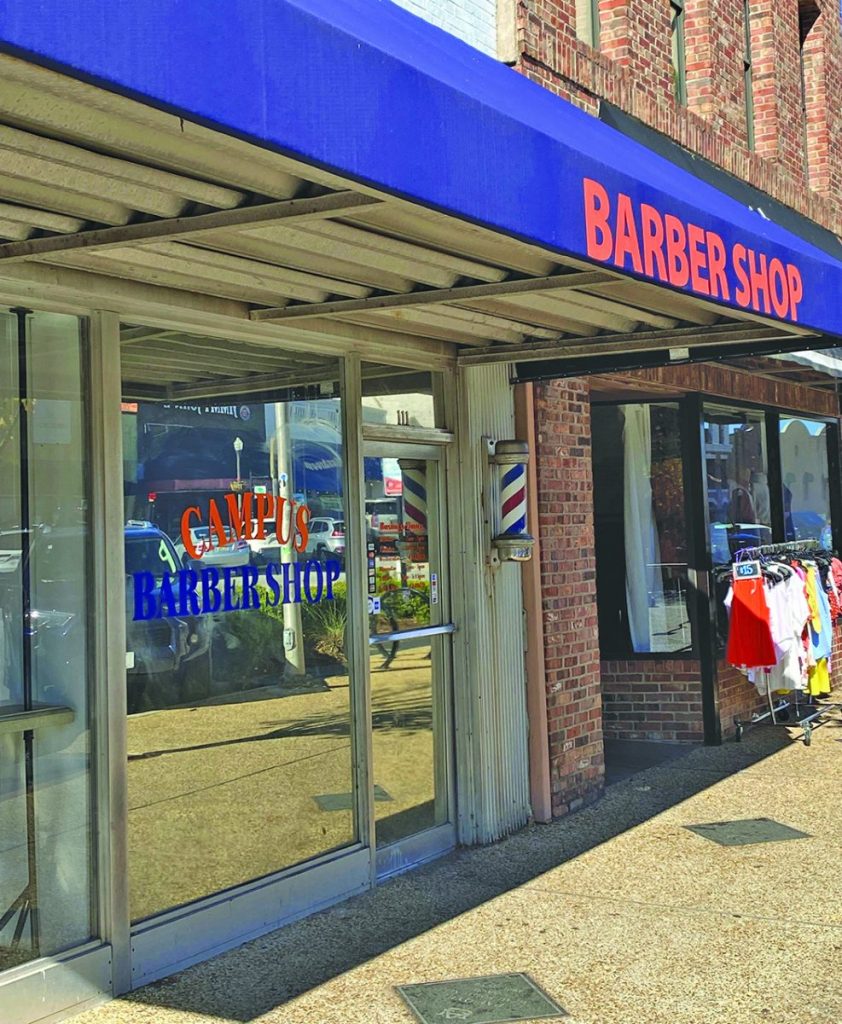 I climbed up on the board placed over the two arms of the barber chair.  The old gentleman pumped the chair to raise me up a bit and went to work with his clippers.  Before long, I had the closely cropped hair typical of a boy 60 years ago.  I remember being mostly mesmerized by the colorful bottles that lined the shelf just below the mirror.  I still do not know what caused that rainbow of hues in those bottles.

After leaving for college, I got to choose my own barber and my own hairstyle.  My Dad wasn’t much for long hair.  To his credit, he finally let me decide the length of the hair on my own head.  Life was easier between the two of us after that.

Atherlone Trawick bought the shop in 1984 and Loretta Alday joined her in 1988.  They have been steadily cutting hair since then.   The auditorium seats from the old FDR school house still line the wall for waiting customers.  The shuffling feet of generations of men and a few women have worn the tile down to the concrete in front of the chairs.

The original ceiling fans slowly stir the air, though the place has central air conditioning these days.  You still get the same haircut, followed by a warm wet towel and a quick neck massage.  Sometimes I got my hair cut just to get my neck loosened up.

After retiring to Auburn, I started going to the Campus Barber Shop on College Street near Toomer’s Corner.  It was originally established in the building where Ware Jewelers is now located.  In 1969, Campus Barber moved its shop to its current location which was previously known as Patterson’s Barber Shop.  A barber shop has been in that place since 1952.

When Campus moved to its current spot, it was one of seven barber shops in downtown Auburn.  Mandatory ROTC often meant weekly trims for thousands of college age men.  Unfortunately, for the barber trade at least, the mandatory ROTC requirement ended in 1969.  Haircuts became less frequent as styles changed and “salons” on the outskirts of town began to cut men’s hair.

Still, the Campus Barber Shop faithfully served its customers until it was the only barber shop left in downtown Auburn.  All that tradition will end next week, when Campus Barber Shop will fall victim to the rising rents that are challenging all small businesses in the booming downtown area.  The shop will be moving to its new location at 1625 E University Drive, Suite 11, in Auburn.   This is also known as University Crossing at the corner of Glenn and University.

Some of the mainstays of the Campus Barber Shop will be making the move after all these years.  Carl Cochran and Bubba Bowling have been cutting hair since 1969.  Tommy King is a relative youngster in the business, having only started as a barber in 1972.  In the small world category, we think it is possible that Bubba and Tommy both cut my hair back in my college days at other locations I frequented during my time as a student.

Altherlone’s and Campus Barber Shop have some things in common.  They both still use their original barber poles.  They once used a pot belly stove for warmth.  They both have longtime barbers that have served generations of the same families.  Both shops have the old vacuum systems that sucked up the falling hair.  Most importantly, they both continue to be a place where good, reliable news can be found and discussed.  I used to say that barbershops were the original internet of small towns.

A shave and a haircut are no longer two bits, but they are still one of the better bargains around.  If you visit Atherlone’s in Donalsonville or Campus Barber Shop in Auburn, I guarantee that you will leave with a new piece of news and a good haircut.  I have never left either place without feeling better.

Atherlone’s is still where it has always been.  Campus Barber Shop will make a new start at University Crossing.  They are both institutions and part of their respective community’s history. Stop by the next time you need a good old-fashioned haircut.  If you do not need a trim, then stop by anyway.  You will be glad you did.