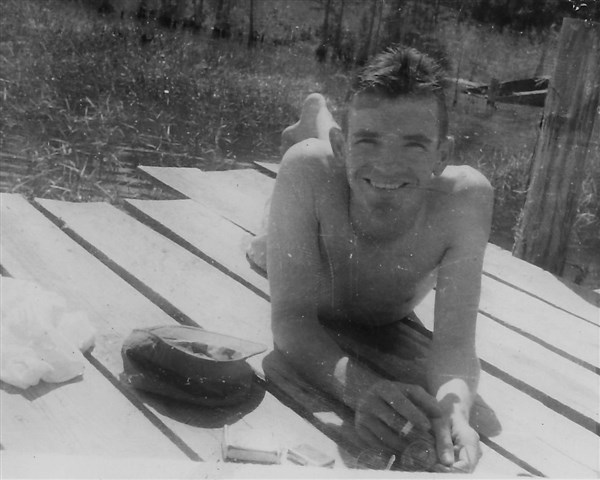 My Dad never heard of Facebook.   My children were in college before I was ever aware of this new social media site.  It was another decade before I even understood what the phrase “social media” meant.
The internet has connected me to the world, both present and past.  I keep in touch with my high school and college friends, some of whom I haven’t seen in four decades.  I have met family, past and present, that I never knew existed.
I listen to friends, family and acquaintances that proudly tell me they aren’t on Facebook or any other social media site.  I understand and even at some level congratulate them for their diligence in protecting the art of conversation and the written word.  After all, who hasn’t seen the family sitting quietly at a restaurant, all immersed in their phones without any words being spoken?
Yesterday was Father’s Day.   For all its pros and cons, Facebook allowed me to see hundreds of pictures posted by my friends and families celebrating the impact their own fathers had in their lives.  Some were exactly as I remembered them.  Some pictures were from a time before I was born.
I posted a picture of my Dad on the dock at Compass Lake, taken the year before I was born.   Ironically, I discovered this picture of which I have no memory, after spending my own Father’s Day at the lake.  I immediately knew exactly where he was when the picture was taken.
Was he ever really that young?  His incredible smile was there in the photograph, even though he was thin as a rail and freshly back from a tour in Korea.  He and my mother had been married for less than a year, and I was just about a year away.   His face reflected that life was good and that he was happy.
Often we remember our Dads for their sacrifices and the lessons they taught us.  Some posts on Facebook reflected on the really tough life some lived with an alcoholic or abusive father.  I can’t imagine such a life and my heart aches for those that did not have a Dad like I did.
For some reason, this particular picture of my Dad captured how I felt at his age.   Invincible.  Limitless dreams.   Lucky in love.  A carefree spirit that occurs before the world settles in around you.
My Mother’s own comment about the photograph was simply how she loved that smile.   I understood what she meant from that single photograph, perhaps more than I ever had before.   He was not a child, a soldier in uniform, or even a successful businessman.  He was just a young married man with his whole future in front of him.   He did not know then that he would accomplish things beyond his wildest dreams.
While I could write
a book about the impact my Dad and my Mom had on my life, I really just want to say that without Facebook or the internet, I would not have had any of these incredible thoughts during this weekend. I would not have searched for an old picture.  I certainly would not have had the opportunity to have shared him with the world.
In one small photograph, taken 64 years ago, I saw myself clearly in my Dad.  By sharing that photo on Facebook, I heard from hundreds of people that knew him, loved him and had been touched by him during his life.
Criticize social media if you must, but I would not take anything for this brief connection I had this Father’s Day with the Dad who raised me right before passing on to his heavenly reward over 16 years ago.
The roles fathers played in our lives, good or bad, are rooted in our own experiences.  To those who remembered my Dad to me and to those who shared their own Dad’s memories with me, I say thanks and Happy Father’s Day.
o0o
Dan Ponder can be reached at dan@ponderenterprises.net