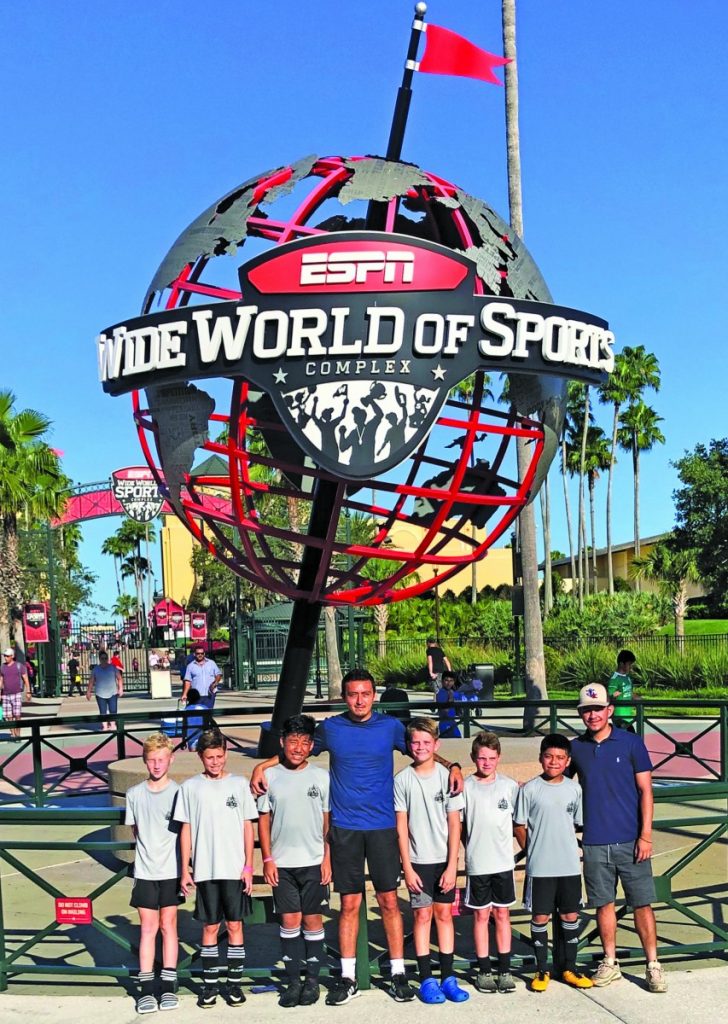 The words came from my father and grandfather.  The circumstances were not great, but the result is a memory that I have carried with me for the past 50 years. Now history repeats itself.

After elementary school, I attended the Dothan City Schools starting in the seventh grade. But I still played Summer baseball with my friends in Cottonwood.  While playing in what was then called the “Pony League” we would play my new friends in Dothan.  They had more kids and more resources so when it came time for the All-Star games, we were usually outclassed.

I can’t recall just how old I was, but the Cottonwood All-Stars were getting beat pretty badly by the Dothan All-Stars. I was a runner on third base and noticed how long their pitcher was taking to throw his pitch after glancing over his shoulder at me. I told my third base coach that I could steal home on the pitcher.   With nothing to lose at this point, the coach gave me the go ahead to try to steal home.

His windup was just as predictable as it had been in the previous pitches. I was already halfway home before the pitcher realized what was happening.  I slid under the throw to home plate and was called safe.  It was the only good memory in an otherwise miserable day.  Except for one thing.

My father and my grandfather both told me after the game how proud they were of me.  Not because of how we played, because we were destroyed in the score. They were proud of me because I did not quit.  Stealing third base when it did not matter in the overall score was a source of pride for them.  I played to the end and did not give up.

My grandson, Henry Vanstone, had the opportunity to play in a 3 versus 3 national soccer match this past weekend at the ESPN Wide World of Sports at Disney World. I can honestly say I never played on any field in any sport like those at the Wide World of Sports.  It was over the top and a great experience for all; win, lose or draw.

After practicing for just six weeks, the six players on the team earned their berth in a qualifying tournament in Valdosta.  There were three boys from Cairo and three from Bainbridge. They were all 11 years old.

It became pretty apparent in the early games that this was going to be an uphill climb.  There were teams from around the country.  Their first match was against last year’s national champion.   Some teams were from soccer training academies.  Another first day match was against a team from Palm Beach, Florida.

It is tough to lose repeatedly.  It is even tougher when you are that tender age. Emotions can run high.  You don’t want to be embarrassed.  You want to please your parents and supporters that have traveled that far to support you.

However, you learn from playing those better than you.   These young soccer loving boys now know they have to practice this different type of soccer year round.  They have to work harder and learn to play better with each other.   In the meantime, three kids each from Cairo and Bainbridge have not only played in a big time tournament, they have become even closer friends.

Congratulations to the entire Hat Trick Squad, including Coaches Daniel Cruz from Cairo and Alfredo Rodriguez from Bainbridge.  Well done to Henry Vanstone, Riggs Rentz and Cesar Hernandez from Bainbridge.  The same kudos go to Dray Bass, Dylan Wilder and Julio Matias from Cairo.  You did your communities proud.

But at the end of the day, I have these words for my grandson, Henry.   They are the same words that my grandfather and father told me 50 years ago.

You played your heart out.  You never quit.  You were the first to congratulate the team that beat you.  At the age of 11, you personified all that is good about amateur athletics.

You may never remember these words 50 years from now and it doesn’t matter.  I am proud of you, Henry.  In another sport, you stole home plate when the game was lost.  After all these years, I finally understand what my father and grandfather were saying to me.