With all of the not-very-funny stuff happening in our community and our world these days I decided to take a moment for some humor. Recently as I was researching details and facts on meaning what you mean for an upcoming column, I ran across the following and thought now was as good of time as any to share it with you.

According to the Oxford Dictionary, punctuation is defined as “the marks, such as full stop, comma, and brackets, used in writing to separate sentences and their elements and to clarify meaning”. Columbia University Press states: “In English, stress, pausing, and tonal changes interlock in a set of patterns often called intonations. Such features are represented by punctuation, indicated by signs inserted usually between words, and often following the feature they mark.”

It is clear from these definitions that punctuation serves an important purpose in writing, allowing us to separate sentences, showing us where to pause, where to place emphasis on particular words, and in clarifying the meaning of written language. Missing or overused punctuation marks can change meaning and/or confuse the reader. In extreme cases, ambiguous sentences that are hard to decipher can be misinterpreted, putting lives at risk. For example, unclear instructions on the use of mechanical equipment, or on medication packaging, could lead to fatal errors.

Fortunately, most of the time, poor use of punctuation creates amusement rather than life-threatening danger. Here are a few well-known humorous examples found on the Internet:

The rogue use of a full stop after the second sentence in the following example (from a sign on a building) has changed the meaning of the message, and instead of conveying a kind thank you has concluded it with a rather rude directive: “Thank you! Your donation just helped someone. Get a job.” I am sure that causing offence was not the intention of the writer!

For many modern employers, poor spelling and punctuation received on job applications is a source of constant frustration. Here is a contemporary example from someone’s résumé: “Interests include: Cooking dogs, shopping, dancing, reading, watching movies …” The missing comma after “cooking” makes this person look rather sinister (or at least quite silly), don’t you think?

Perhaps one of the most academically debated punctuation marks is that of the ‘Oxford comma’. The Oxford comma is an optional comma before the word ‘and’ at the end of a list:

Please bring me a cup, saucer, and spoon.

The origins of the Oxford comma are difficult to determine, however it has traditionally been used by printers, readers, and editors at the Oxford University Press. Although not standard protocol for all writers and publishers, it can clarify the meaning of a sentence when the items in a list are not single words:

These scarves are available in black and white, pink and purple, and blue and green.

Omitting the Oxford comma can sometimes result in odd misunderstandings:

I love my parents, Kylie Minogue and Kermit the Frog.

Without the Oxford comma, the sentence above could be interpreted as stating that you love your parents, and your parents are Kylie Minogue and Kermit the Frog!

Here is the same sentence with the Oxford comma:

I love my parents, Kylie Minogue, and Kermit the Frog.

As these examples show, mastering the use of punctuation is as relevant today as it was many centuries ago!

Comments and impressions are welcomed

and requested at [email protected]

Your vote is your voice. Use it!

Our heroes and the actions that define them 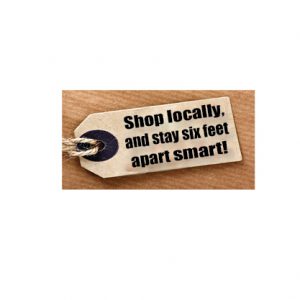 Our businesses need our support, now more than ever