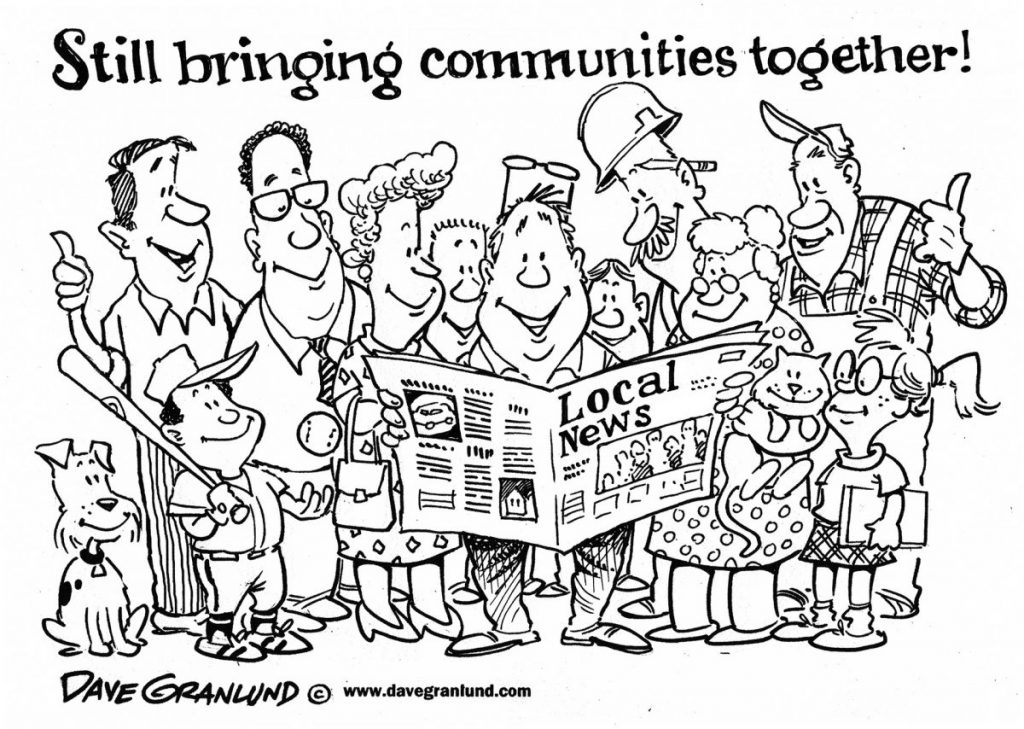 This is the 81st annual National Newspaper Week, a time to reflect on the job of newspapers to keep all things “real” such as real conversation, real democracy, real science, real trade, real fact-sharing, real faith and real friends. Of course we hear lots these days about what’s not real— o-called fake news and alternative facts and the non-stop stream of internet-based noise, disruptions and misinformation.

At the same time, newspapers remain the top choice for people seeking real news and reliable information. More than half of all Americans still subscribe or pay for newspapers or access to their websites. America’s newspaper audience exceeds today’s TV news watchers. Less than five percent of this audience tune into FOX, CNN or MSNBC, according to a recent National Newspaper Association survey. Just 11 percent of the survey’s respondents said the internet was their primary news source.

Newspapers have survived the advent of radio and broadcast TV. But the threat of 24/7 internet-delivered media, commercials and amusement is disrupting the very reality for which newspapers were first invented. More and more people can’t tell the difference between real news and fake news. We use Facebook for faceless conversations, and we won’t accept that social media is very often anti-social. No amount of tweets will protect the public’s right to know or watchdog our government.

A growing number of people, especially younger ones, think real news should be free and magically appear on their smart phones. Real journalists are losing their jobs because the old business model of newspapers is busted. Advertising revenues are declining faster than circulation at most newspapers, and hundreds of hometown papers have gone out of business in just the past few years.

“Keeping it real” has become a rallying cry in newsrooms and news websites where journalists are trying to reinvent themselves and keep real news alive — and paid for.

What is the future for newspapers? Cars are now driving themselves and keyboards are disappearing from computers and offices. In addition to newspapers, all news — including the real kind — is now being delivered  to our phones or even via brain implants. Who knows what is next?

The real matter here is not so much keeping newspapers real; rather it is keeping journalism real. Real news requires fact-checking, research, practice, trust-building and a devotion to truth, honesty and democratic decision making.

Real newspapers were born in times before electricity and telegraphs. Real newspapers have witnessed and experienced changing realities, including the founding of this nation, world wars, space travel and personal computers, and next, robots and artificial intelligence.

Whatever reality that newspapers next face to stay real and keep real news alive will require real readers and real revenues.

Comments and impressions are welcomed and requested at david@donalsonvillenews.com

Share the love and shop locally this Valentine’s Day

Happiness is found in a house where hope lives

ONE purpose, ONE message!

Today is my tomorrow!