We think we have experienced a lot throughout our lives thus far, but for some, the span of one’s lifetime far exceeds that of normal life expectancy. 99-year-old Navy veteran, war veteran and trucking veteran Roger Hern Spooner of Iron City, Georgia is one of those individuals who saw and experienced so much in his lifetime – way more than most of us can even fathom. He was a living piece of history, full of information, stories and, by definition, a time capsule.

Roger Spooner passed away Thursday morning, February 24. Funeral services for Mr. Spooner were held on Sunday, February 27 at 3:00 p.m. under the “Spooner Oak” on Bartow Gibson Highway in Seminole County, the site of the old homestead where his grandparents lived, then his parents, and where he grew up.

Roger was born November 18, 1922 to Lewis and
Delia Spooner, with Roger being one of their eight children. At 18 years old, in October of 1941, Roger enlisted in the U.S. Navy as he was looking for something more than just working on the family farm as a plow boy with a mule. After completing boot camp, instead of going home on leave, he was sent to the aircraft carrier U.S.S. Yorktown with a destination of Pearl Harbor, which had just been bombed. As a First Loader on a 5”/38 gun, a common anti-aircraft gun used by the United States Navy on their larger ships, it fired a massive projectile that was five inches in diameter.

Back in those days, there was very little communication onboard and the men never really knew where they were going. After getting to Pearl Harbor and seeing the remains of the invasion, as well as the lingering smoke, the crew of 2,500 people headed to the coast of Australia and, in May of 1942, Roger saw action at the Battle of the Coral Sea. The U.S.S.
Yorktown endured damage in that battle and they lost 61 men. At this point, they returned to Pearl Harbor for repairs, which only took a couple days at the Navy yard there.

Once repairs were made, the carrier and crew made their way to Midway Island to join other ships in preparation for what would be called the Battle of Midway. The Battle of Midway took place in June 1942 and is considered the most important battle in the Pacific. It was a clash between the U.S. Navy and the Imperial Japanese Navy six months after the attack on Pearl Harbor.

During the battle, conditions were unfathomable between both sides and the U.S.S. Yorktown had been hit. The carrier was leaning sideways, and Roger said he could barely walk on the deck as it was leaning so far over. Word came over the loudspeaker and the crew was told to prepare to abandon ship. One-by-one every crew member went down a line into the water with their life preservers on. The water they went into was very oily and they were all covered in it (you could only see the whites of their eyes).

While the battle continued, Roger and his crewmates floated helplessly in the water. Roger said that floating in that water all night, wondering if a shark or whale might come up and get him, is something he will never forget, and something he still has nightmares about to this day. Thankfully, he and many others were rescued the following day. Roger spent an additional four years in the Navy, including going to submarine school and doing nine war patrols out of Perth, Australia. Later, he was discharged from the Navy after a motorcycle accident, at which time he returned home for good. Upon exiting, his rank in the Navy was Motor Machinist Mate Second Class.

On October 10, 1947, Roger got married to his wife Eloise. I could tell memories had come back into his mind as he said she was A-1 and just a really good woman. He also said that he really lucked out finding her – a loving woman who looked after their five children and himself. Sadly, the family lost Eloise on August 13, 2016.

After being gone in the Navy, Roger came back home to resume farming and raise a family, and also decided to start trucking. He worked for a company for about 18 months, but in 1948 he decided to go into trucking for himself and started his company, Spooner Farms Trucking, LLC. His first truck was a 1940s model “gas burner” GMC, but through the years since he has owned many Kenworths and Peterbilts. Roger recalled that he didn’t even need to have a driver’s license in the early years, making trips up north to Michigan, on a regular basis.

Through the years, Roger had as many as seven trucks running, and the company has always hauled farm products and the trucks always remain within a 125-mile radius of the shop at all times.

In 2017, Roger was contacted by a person from the American Australian Association and invited, along with the other remaining survivors from the United States and Australia, to meet with President Trump and Australia’s Prime Minister Malcolm Turnbull aboard the U.S.S. Intrepid in the Hudson Bay. It was a gala dinner to recognize those who fought in the Battle of the Coral Sea in May 1942, almost 75 years later to the exact date of the epic battle.

Up until his death Roger got his physical every year, and had his license renewed, allowing him to truck until it expiresd again. His current license was set to expire when he was  102 years old! At the time of his death Roger ran a 1999 Peterbilt 379 affectionately named “Miss Eloise” with a 12.7 Detroit and a 10-speed. The truck’s number (CV5) represented the U.S.S. Yorktown’s identification number, and hauled all agricultural products, including bagged and liquid commodities.

The business clients Roger dealt with worked with Roger to make loading and unloading easier on him to avoid the constant getting in and out of the truck. His motto was always to treat others as he would want to be treated – like The Golden Rule goes, “Do unto others as you would have them do unto you.”

The earlier mentioned “Spooner Oak” tree is the unofficial largest live oak tree in the world and is unique because of its single trunk. The branches cover almost an entire acre, and the tree stands at roughly 90 feet tall. The circumference of the trunk measures 37 feet, and the Georgia Forestry Commission believes the tree is over 300 years old.

Portions of this article from 10-4 Magazine were written by Stephanie Haas and reprinted with permission from the publication. 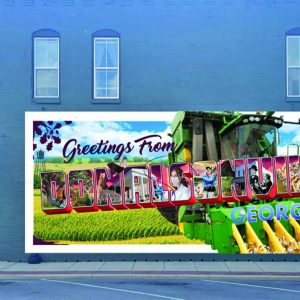 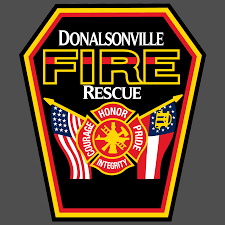 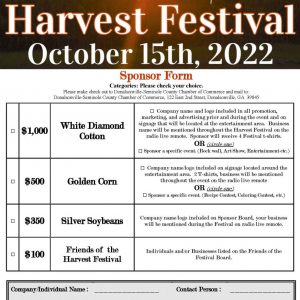 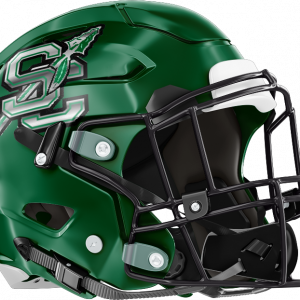