Occasionally something works out even better that you planned.  Such was the case at the 90th birthday celebration for my mother, Jobie Ponder at Callaway Gardens this past week.  For four days, her children, grandchildren, great-grandchildren, along with three generations of nieces and nephews gathered not just for the birthday party, but also for the many mini reunions.

When a family scatters over 10 states from coast to coast, getting almost everyone together in one place at the same time is a miracle.  The reconnections were heartwarming to watch, as were the new relationships forming between second and third cousins that live thousands of miles apart.

A special part of the final night was an audio presentation of several people who been interviewed ten years ago while attending my mother’s 80th birthday.  One of my cousins had taken this long-forgotten audio of these interviews and skillfully intertwined them with music to tell an amazing story.

Six people spoke of their relationship with Jobie Ponder.  Five of those people have now passed away, but their words spoke of their relationship, love, and admiration for her.  The voices included her brother, sister, brother-in-law, a lifelong friend, another friend from Bay Point and a granddaughter.  Their recorded voices were powerful as they provided irrefutable proof that love does not end with death.  The tears flowed freely during this emotional moment.

A common thread struck me as I listened to the audio presentation and the many toasts that followed.  Almost all of them mentioned Compass Lake.  Jane Olive Chalker Wells spoke of spending time together with my mom swimming at the lake during their junior high and high school years.  Years later, their children would gather at the same lake, and then their grandchildren did the same.

During the toasts, Mom’s first cousin, James Beall, spoke of spending time almost eighty years ago at Compass Lake with the grandparents they shared.  Cousins, their children, and their children’s children all spoke of their time at the lake, though many of them have lived thousands of miles away for much of their lives.

Amazingly, the cousins were not just on my mother’s side, but also the descendants of my father’s sister.  All my cousins were there on both sides of my family.   One of the common bonds for all of us was Compass Lake.  It remains so today.

Of my six first cousins, four grew up on the west coast.  Another moved to Utah after college.  Only one has remained in the south, living less than 20 miles from our home in Auburn.  Over time, all of them managed to visit Compass Lake, even as adults.

As we gathered at the hospitality cabin, the conversations flew fast and furious amongst the various small groups.  There were wonderful stories flowing between generations.  Compass Lake would pop up often in those conversations, especially when a sentence began with “Do you remember when?”

While I recognize the outsized influence my mother has had over our family over the years, I also realize that it is easy for a family to drift apart in today’s world.  A person moves an average of seven times over the course of their life.  The vast majority of families no longer live close to each other like they did three generations ago.  Despite today’s ease of communications, there are also many distractions that cause the second cousins and third cousins to lose contact with each other.

I have read that a critical component of keeping a family together is having some emotional connection that anchors the family.  More often than not, it is a sense of place.  It is comforting to know there is a space somewhere that allows you to feel safe and free to be yourself.  A place where you belong, even if you never lived there or regularly visited.

It is a place of tales, myths, and rituals.  It is a place where the history of the past is passed from generation to generation.  In my own case, I remember hearing stories from my great-grandparents who were the children of Civil War veterans.  What will my own great-grandchildren remember from me?

For over a hundred years we have skied, tubed, swam, fished, and bonded.  We ate fresh caught fish on the back porch and slept in hammocks on the dock.  We floated in the crystal-clear cold water and took cocktail cruises around the lake.  We told and listened to stories.  Lots and lots of stories.

86% of my mother’s living relatives from ten states attended this birthday celebration.  It was a testament to our love, respect, and admiration for this matriarch of our family.  However, it is also because of the sense of place that we all collectively share.  That place that binds us together as surely as our DNA.   Compass Lake, Florida.  Our family’s common bond for seven generations. 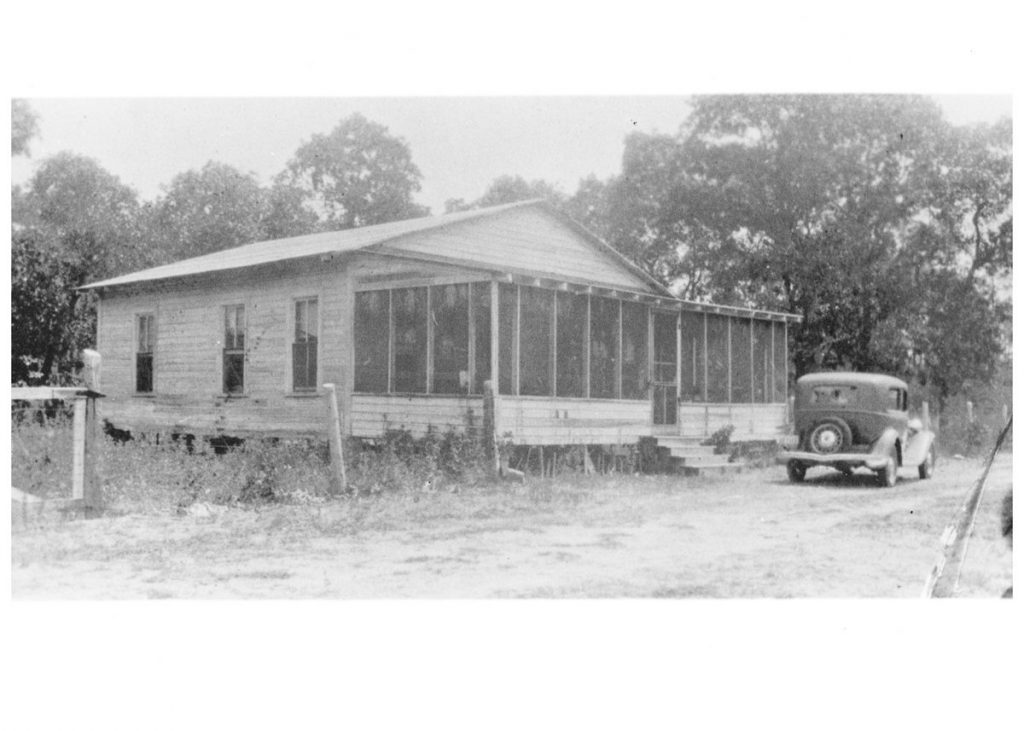