Mary Lou and I walked into the packed theater to the sound of synchronized applause.  We were accompanied by some two dozen other people as we were escorted to our seats.  It could have been a tremendous boost to your ego, until you realized that the 1,000+ fourth graders were just clapping in time to the music.  Contemporary beats, I might add.

Air Play was the performance at the Gogue Performing Arts Center in Auburn this past week.  We had the opportunity to join one of the three performances given for school age children, though there was a regular performance schedule for later that night.   Given a conflict, we chose for the first time ever to go with the children.

Air Play is hard to describe.  It is a performance without words, taking common everyday objects and using air to transform them into items of beauty.  The husband has his roots as a clown.  The wife also has training as a clown, but also had a background as a dancer, before attending Princeton.  They met in Afghanistan, while both were using their talents to bring some semblance of normalcy to the children of a war-torn country.

Like anyone with children and grandchildren, or nieces, nephews, and close family friends for that matter, I have seen my share of performances designed for children.  They rarely make that transformation that makes them equally enjoyable for adults, especially for those adults without a direct connection to the children.

Air Play grabbed me as surely as it grabbed the most energetic 10-year-old.  I found myself clapping in sync with the music, laughing at the wordless jokes, and being mesmerized by the Cirque de Soleil type feats using ordinary items and air.

In short, I was totally immersed in a performance that transcended age.  It was meant for girls, boys, young and old.  The music behind the routines was from around the world, a treat in and of itself.  The various acts were simply stunning, so engaging that words cannot describe.  You simply must see the show for yourself if you ever have the opportunity.

Air Play has played in five continents.  Over 150,000 people have seen the show that was the brainchild of street performers.  It has played in various locations with many different languages.  It is proof that physical performances can transcend language barriers.  The beauty, laughter and music of the performance was clear to all, regardless of location or language.

We had the opportunity to join a group after the performance for lunch and to hear the vision of the performing couple as well as their path to the success they now enjoy.   Their story is as incredible as their performance.   They travel the world, looking to tell a story without words, using a language that all can understand.

They obviously reached the children in the audience.  What was so unexpected for me was that they also reached a 67-year-old man, who was laughing and clapping and yelling and screaming at all the right times, just as all the other children in the theater.

If you even wonder about the power of the arts to reach children, I wish you could have seen Air Play at the Gouge.  Or anywhere, for that matter.  Before Air Play left, they had played to an adult audience as well as three shows for elementary school kids.  Thousands of kids were as delighted as I was.  There is surely some sort of message there.

Thanks to the Gouge Performing Arts Center, and to all the local arts groups, from schools in Southwest Georgia to community theaters throughout the area.  Your efforts bring unexpected joy to young and old alike.  Do not ever underestimate the power of the arts in the lives of young people.

In this instance, I had a connection with those young enough to be my grandchildren.   Young at heart.  Occasionally, it can be true. 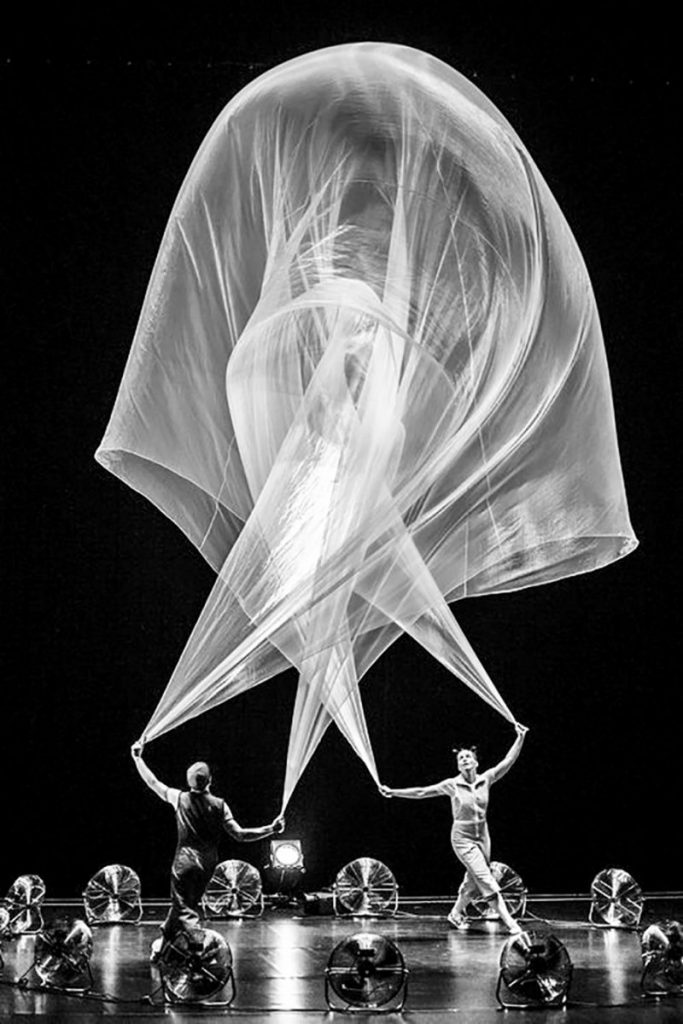