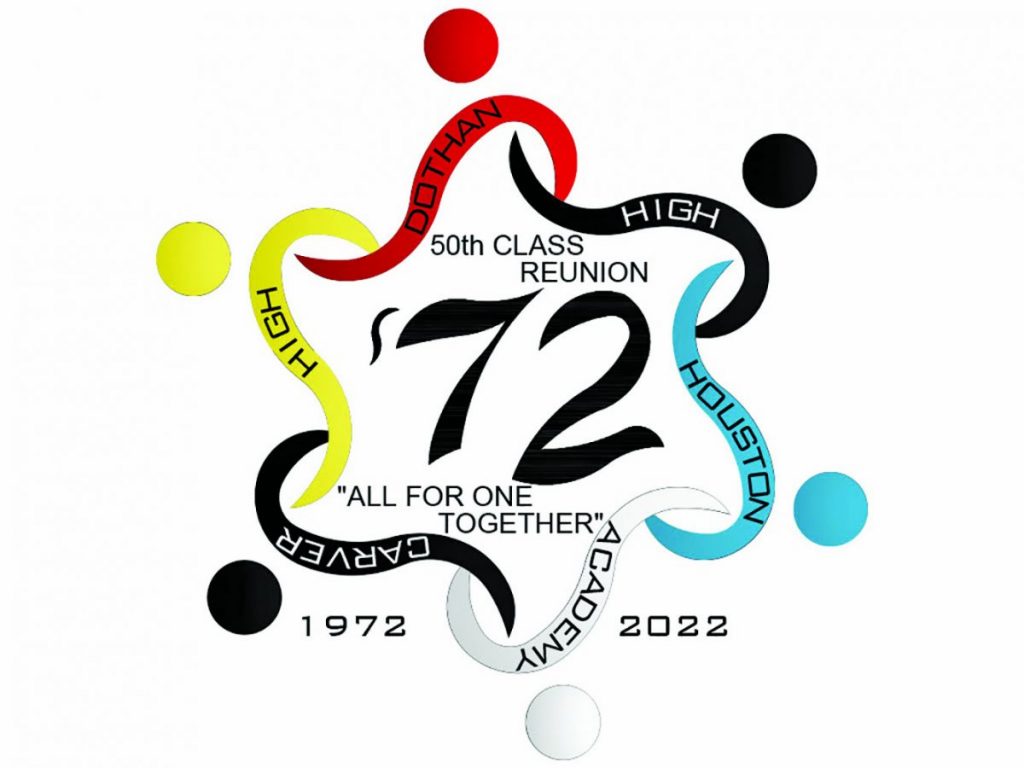 No one knew where we were going.  The number of people was overwhelming for the space.  Classes were hopelessly overcrowded.  The lunchroom could not really feed the students in the staggered 30-minute slots.  Too many people.  Too little space.  Too little time.

The year was 1969 and Dothan, Alabama was under a court order to desegregate their schools.  Part of the solution was to close Carver High School and combine all those students with Dothan High School.  I was in the tenth grade and joined students from the junior high schools in the city as being a part of that first year of integration.

This past weekend I joined some 200 classmates, spouses and friends in celebrating the 50th anniversary of the graduation of the class of 1972.  We were the first class to have been integrated all three years of high school.  What a journey that has been.

Anyone old enough to have been around during those times remembers the challenges.  The black students were upset at having lost their own high school, their mascot, band, clubs, and some would say, their identity.  I understood that, even then.

As teenagers, we were just a reflection of the challenging times.  Anger, tension and resentment was aggravated by the crowded conditions.  In hindsight, I am amazed by the job done by the administration and faculty in dealing with what might have seemed to be impossible situations.

Eighteen months ago, this class formed a committee with the objective of properly celebrating our graduation fifty years later.  This 50th reunion was to be different, however.

Black and white classmates made up the planning committee.  The goals were quickly established.  This was to be a reunion for every classmate that had started high school together and everyone was welcome.  We would celebrate, finally, the unification that was so difficult to achieve during those turbulent and trying times.

We settled into monthly Zoom Call meetings that let us get to know each other again.  We talked frankly about our challenges while keeping our objective of having an inclusive gathering.  Month after month the group grew more comfortable with our common goals.

This group was not a local group of classmates gathering at a local diner each month.  The members were from multiple states and even overseas.  Technology allowed us to gather in ways we could not have imagined in our high school days.  The bonds slowly grew stronger, and the goal became more ambitious and clear.  In a world increasingly divided, the class of 1972 wanted to prove how far we had come in our own quest to unite as a class, despite all the odds that we faced as teenage students.

Early on in the process, a new logo was designed.  It incorporated the names and colors of Dothan High School and Carver High School, which merged in 1969.   Houston Academy, which was formed in 1970, was also included.  It was to become a visual reminder of our desire to include everyone in the class, no matter where they came from and no matter where they went.

Friday night, 190 classmates gathered at Bella’s in downtown Dothan.  Many of us never sat down.  Many never even got to the tables with all the food.  Friends of all descriptions embraced each other in an emotional gathering that included those we had kept up with all these years, those we had known and then forgotten, and those that we never knew at all.  The racial barrier that kept us apart five decades ago was being openly shredded, hopefully once and for all.

Saturday, we toured the old Dothan High School.  It was amazing at what we remembered individually as we walked the halls, and then what we shared collectively.  It was cathartic in some ways, reminding us that our memories were often just about the buildings.  However, we were the school.  We were the Seniors of 1972.

Saturday evening, we had a grand celebration at Highland Oaks Golf Club.  It was something I will remember the rest of my life.  The program was shared equally between black and white classmates.  A class born in division was celebrating harmony.   We were collectively the class of 1972, openly leaving behind all those things that used to divide us.

We honored those 84 classmates that have passed away.  The sound on the slide show was not working but the crowd adapted by beginning to spontaneously utter each name as their picture was shown.

We honored those that had served in the military.  After all, this is a class born during the Vietnam War era and the witness to continuous conflicts over the past 50 years.

The dancing that followed illustrated that many still had the moves of their younger years.  We shared the love for the same music after all these years. It was always a language that united us.

It is hard to describe what happened this past weekend.  Blacks and whites shared meals, hugs, and memories.  Friendships were rekindled.  Bridges were built and, in some cases, re-built.  A few personal apologies between individuals were made, though no one thought them necessary.  And amazingly, new friendships were made between classmates that never even knew each other, 50 years after their graduation.

Collectively, the students with roots from Dothan High School, Carver High School and Houston Academy stood together in a unity that was humbling, emotional, and inspiring.

This reunion was an event that will forever remain in the memory of anyone that attended.  It was not just a gathering of old friends.  It was a class of students once thrown together in nearly impossible circumstances that after five decades held hands and crossed the bridge over all the things that once divided us.

My long-time friend, Dr. Craig Coe, our class president, in his brief remarks uttered the simple words, “My heart is full”.   At that moment, everyone in the room agreed with him.

Three years after our graduation the band War had a hit song entitled, “Why Can’t We Be Friends?”  One verse followed by the chorus said, “The color of your skin don’t matter to me as long as we can live in harmony.  Why can’t we be friends?”  52 years after entering the doors of Dothan High School and 50 years after walking out as graduates, we finally answered that question, if for no one else but each other.

Though we were classmates by default, thrown together by no choice of our own, we have finally, a lifetime later, all become friends.  It is our greatest achievement and does indeed, make my heart full.

The faces behind the masks