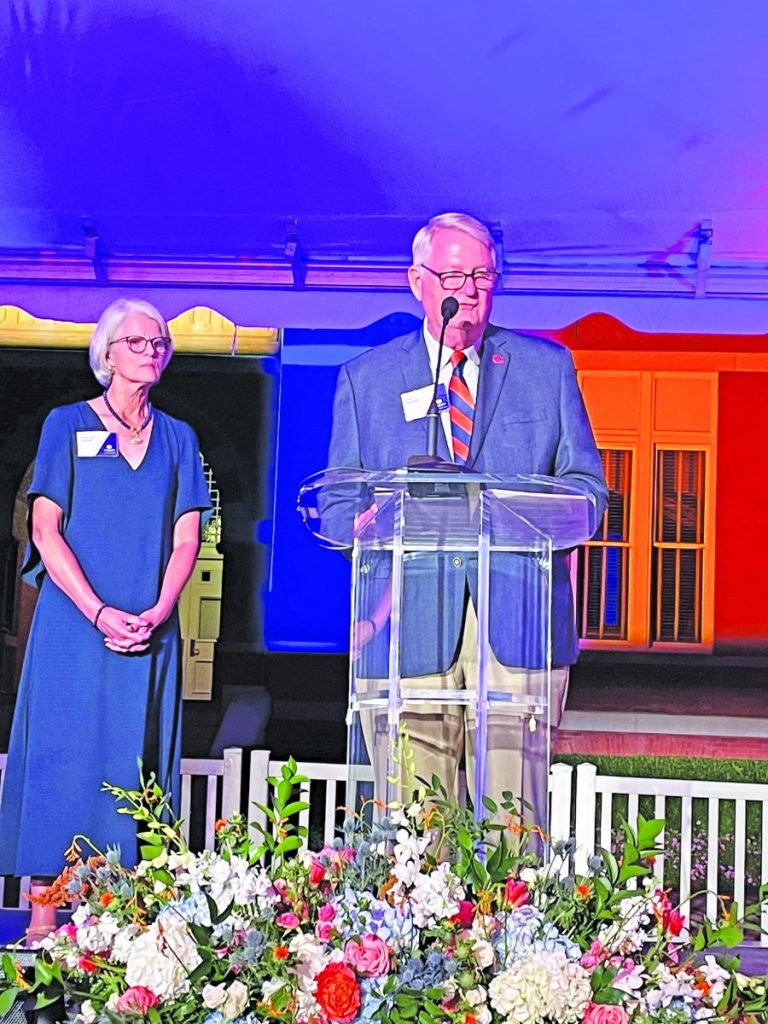 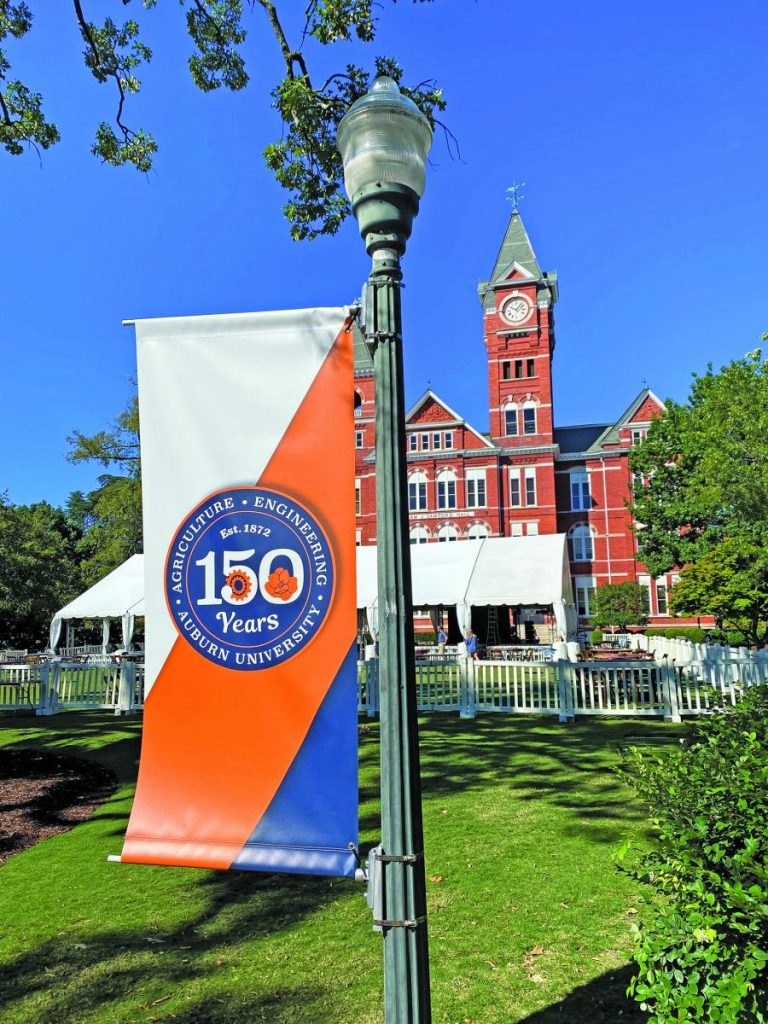 The older you get the more milestones of various sorts come your way.  Some are personal.  Some have to do with your family and friends.  Others relate to significant dates related to institutions that are important to you.  We all have markers along our journey.

This past week, Mary Lou and I were honored to be able to speak at the 150th anniversary of the founding of College of Agriculture and the Samuel Ginn College of Engineering at Auburn University.  Some 450 members of the Auburn Family gathered on the lawn in front of Samford Hall to celebrate these significant achievements.

I always wanted to be an architect before my last-minute decision to enroll in Agricultural Economics at Auburn’s College of Agriculture.  It was a decision I never regretted.  Yet, despite all the many things I thought I learned during my time at Auburn, I never could imagine how important and meaningful that degree would be for me.

My degree was only part of the story.  I learned about hard work, setting goals, and following through.  I learned about surrounding myself with good people and working together for a common goal.  I learned that the path to success was filled with obstacles and short-term failures.  Learning from those mistakes and failures was perhaps my greatest lesson of all.

Hearing some of the students of today tell their own stories was particularly inspiring at the program.  Some of the brightest and best of the Engineering and Agriculture students spoke of ideas, processes, and problems that did not even exist when I arrived at Auburn 50 years ago.  What was most encouraging were the solutions to some of those problems that these students were discovering on their own educational journey.

Auburn was the first land-grant university in the south.  Established by the Morrill Act in 1872, these institutions were to teach agriculture, military tactics, and the mechanic arts.  They were also to provide a practical education to members of the working class in the state where the school was located.

Agriculture has changed dramatically since those days following the American Civil War.  It has changed significantly since I first set foot on AG Hill at Auburn 50 years ago this month.  Agriculture continues to evolve as we strive to meet new challenges in feeding and clothing the world’s growing population.  Auburn’s School of Agriculture serves Alabama’s largest industry not only academically, but also through the statewide Cooperative Extension Service.

The “Mechanics” part of Auburn’s early mission has evolved into the renowned Samuel Ginn College of Engineering.  Their facilities and faculty are first rate and increasingly attract top students from all 50 states and around the world.

For the next year, Auburn’s College of Agriculture and Samuel Ginn College of Engineering will celebrate their past by highlighting their many achievements over the past 150 years.  More importantly, they will showcase their increasingly important role in Alabama’s future, as well as the rest of the world.

I once was a skinny boy arriving at a school with no firm plan in mind.   Auburn believed in me and gave me a pathway to success, while instilling a lifelong love of learning.   After 47 years, Mary Lou and I returned home 44 years after leaving Auburn.  We believe in Auburn now and support its continuing missions because Auburn once believed in us.  War Eagle!