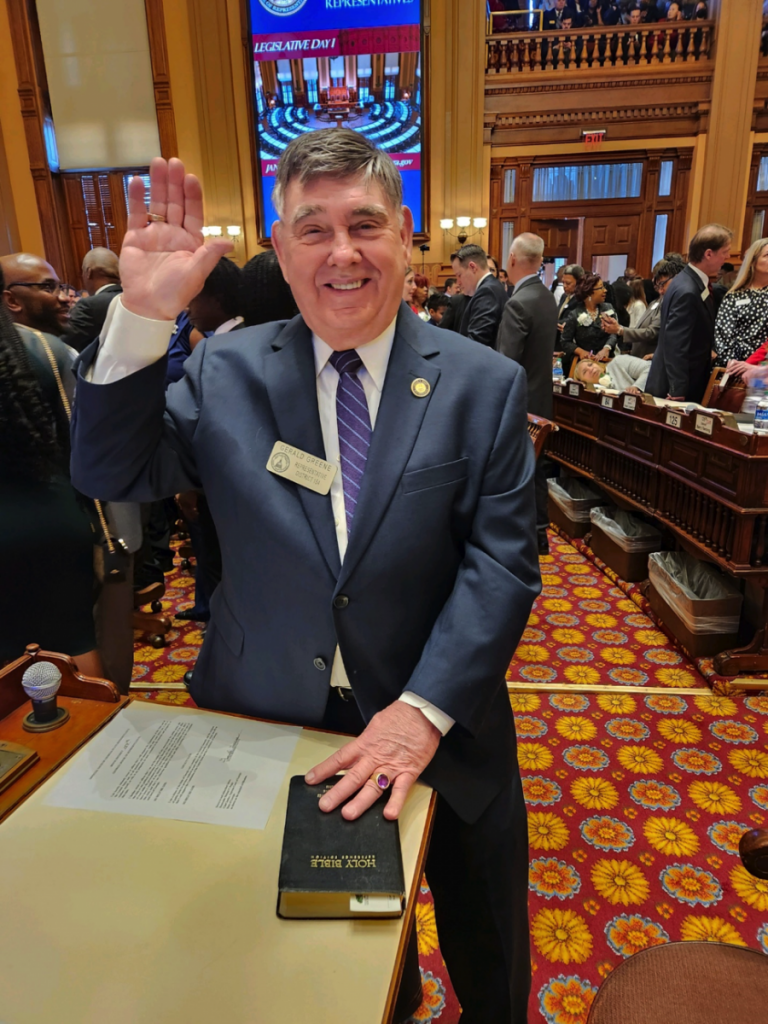 Monday morning was a busy day at the state Capitol in Atlanta for new and old members with the taking of their oaths of office.  The morning was filled with pageantry as the Georgia House of Representatives got under way.  The election of a new Speaker and Speaker Pro Tem took place with Jon Burns becoming the new Speaker and Jan Jones continuing to serve as Speaker Pro Tem.  The Governor’s office was notified that the House was in session and a new biennial started.  New bills will be introduced with a two year life.

Greene represents Baker, Clay, Calhoun, Dougherty, Early, Miller, Quitman, Randolph and Seminole counties.  The new district number is 154 and Representative Greene can be reached by calling 404-656-9210 or by email @ Gerald.greene@house.ga.gov

He is chairman of the State Properties Committee and a member of the Appropriations; Economic Development and Tourism; Public Safety and Homeland Security; Retirement; Rules; and Special Rules Committees.

He is a faithful member of the Springvale Baptist Church.